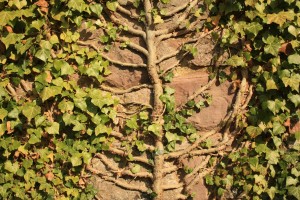 The Communications of the ACM (Vol. 54, No. 6, June 2011) had a fascinating article entitled, “Biology-Inspired Networking”, wherein the author described how a team at Carnegie Mellon University has developed a new networking algorithm.  Their approach is based on the observation that developing neural cells in fruit flies organize not just themselves, but also the cells around them to ensure efficient allocation of resources, both for growth and development and for subsequent environmental sensing at the whole-organism level.  Without going into the details, suffice it to say that this phenomenon is similar to a way in which data networks can be optimally organized, based on a concept called the maximal independent set (MIS).  The new algorithm isn’t as fast as other MIS-based algorithms, but it is more efficient, based on several metrics.

My purpose in describing this—albeit, cursorily—is that this is a perfect example of several terrific ways to innovate.  In this case, it required the intersection of several sets—of the team leader’s presence at various research institutions, interests, skills, and more—to allow for recognizing the possibilities for one area (data networking) inherent in another (biological development).  More simply, it’s being in the right place, at the right time, with the right stuff.

Whether it’s called out-of-the-box thinking, or cross-disciplinary conceptualization, or whatever, it’s clear that if we seek innovation, increased efficiency, new ideas, or other growth-inducing possibilities, we each must be eternally open to new possibilities, to be ready to make connections that have not been seen before, and to act on them.

Questions:  Are you willing to step outside your comfort zone to explore new ideas? How would you recognize something new? Would you know what to do with it? What can you do to prime your mind to be ready to make new connections?