Because of my long association in various contractual capacities with NASA, friends and neighbors often turn to me to opine about happenings with the agency. The most recent spate of questions began with the stand-down of the Space Transportation System, aka the Shuttle. Most have the perception that NASA is folding. Completely. I hasten to reassure them that NASA is still very much in business; that it is only near-term, U.S.-provided access to low Earth orbit that is affected, and that we as a nation are still moving ahead.

A clear indication of votes-of-confidence in this area by various communities is a recent report from NASA that “More than 6,300 individuals applied to be a part of NASA’s next astronaut class. That is twice as many as NASA typically receives and the second highest number of applications ever received by the agency.” I find this both heartening and interesting.

It’s heartening, because it means that many in our nation’s technical community see enough of a future in human space flight that they’re willing to base their careers on it. 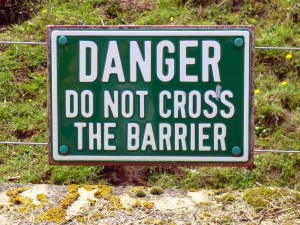 It’s interesting, because there have been many reports recently of damage to the human body that result from long-term spaceflight. For example, recent reports (see this one, for example) show vision changes in astronauts’ eyeballs. Related to this is an article that clearly illustrates the dangers to humans flying at 70,000 feet in U-2 aircraft.

Dangers abound in what has long been known to be an environment inimical to human homeostasis, and more are being surfaced with additional data.

What, then, causes people to intentionally expose themselves to such dangers?