A couple of weeks ago there was much sound (and some fury) at the prospect of a group of billionaires coming together to form an entity that would seek out and mine asteroids. I loved it! 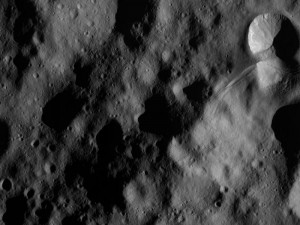 That asteroids may be sources of multiple gigatons of useful materials (metals, mostly) has long been known. That mining them could bring untold riches to those who have the wherewithal to go out and do the dirty work has long been postulated. Supporters and nay-sayers lined up on each side of the line drawn in the sand, with both reasonable and unreasonable arguments being brought to bear on why this is/is not a good idea.

How tenable and practicable the idea really is remains to be seen. For the record, I think it’s worth pursuing, with the caveat that success could bring with it a diminution of the very profits sought, as an influx of heretofore valuable metals into the market would likely reduce their perceived worth. That notwithstanding, just think about what could be done technically if the so-called “rare earths” weren’t quite so rare.

This kind of reality therapy got me thinking further about what it takes not only to conceive of such a plan, but to actually go out and make it happen. Certainly, strong egos are involved. Just as certainly, risk-taking behavior is similarly a requirement. But I can’t help but think there’s more.

Questions: Have you ever had a “big idea”? Did you follow through with it? What factors caused you to do so, or to put it away, perhaps never to be visited again? How do you feel about the prospect of having given up? Do you really see your decision that way?