I’ve been using computers since 1968. I taught myself BASIC via a time-share arrangement, using a 110 Baud teletype connected to a computer several hundred miles away. Storage was on paper tape, and execution times were glacial, but I was using a computer!

Time wore on. The personal computer age arrived, and I got very familiar with command-line control, first through CP/M then DOS in various versions. I worked with a few other languages:  Fortran, Pascal, a bit of Ada, and even a brief fling with APL. The arrival of graphical user interfaces was welcome, and I spent lots of time using and debating the relative merits of Windows and OS/2 (which was my preference, owing to its configurability).

Given my formative history, it should come as no surprise that I still like doing things via the command line, but some actions are clearly facilitated by a GUI. The case I wish to use to make my point(s) today has to do with file management.

I’ve been using one tool for years, updating whenever I felt the new features were worth the expense. While it does pretty much everything I need, there’s one irksome behavior that has come along with every version I’ve used: At times, without clear cause, the utility just locks up. Most of the upper part of the window goes blank, and it just stays unresponsive, requiring intervention via the Task Manager or some other process-killing approach. 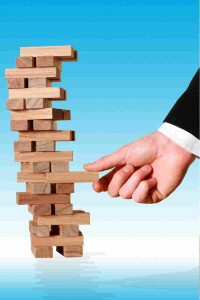 Last week I’d had enough. In a fit of self-righteous anger, I began the search for a replacement, narrowing my choices to three.  With many hours of testing, all showed the stability I needed. Two were very useful and very expensive, but didn’t quite meet my requirements. Another was free; while not quite as extensible as the other two, it still did pretty much what I needed.

Further research showed that one way or another, I could make any of the candidates do what I wanted—sometimes through configuration files, others with macros I could create using another utility. As I began this customization exercise, I realized that (a) I had spent a great deal of time in this quest; and (b) I’d spend even more time with the customization.

The resultant realization was that (c) I’d spent—and would spend—far more time than I ever had or ever would lose in this lifetime shutting down and reloading that problematical file manager.

I’ve still got all three candidates installed, but for routine activities, I’m still using my original file manager, problems notwithstanding.

Questions:  Do you perform cost-benefit analyses, be they for work, support, or personal activities? How do you decide what criteria to use? Can something irrational cause you to throw out the conclusion brought forth by an otherwise rational analysis? If so, how do you justify that disposition? Do you have to?