SpaceX has done it again, albeit with a bit of difficulty.

They launched a Falcon 9 rocket with a Dragon module to resupply the International Space Station (ISS). The launch itself was perfect off the pad, but just about 90 seconds into the flight, one of the vehicle’s nine engines malfunctioned. The Dragon docked successfully with the ISS today, but a piggyback launch of a communications satellite was drastically affected by the malfunction. 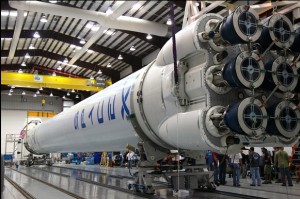 That the primary part of the mission was accomplished—achieving rendezvous with the ISS—is testimony to the design of the Falcon 9: Even with one engine out, the remaining eight were able to power up enough to bring Dragon to orbit. Yes, the comms satellite part of the mission did not achieve its designed orbit, but such things must be expected in the very exacting art and science of rocketry. This design consideration is much to the credit of the SpaceX team. Work remains to be done to come even closer to perfection, but their success rate is auspicious.

UPDATE: The communications satellite was a prototype, so the overall loss isn’t as great as it otherwise might have been. See here for details of this aspect of the story.

Questions: Do you “overdesign” in any aspect of your professional activities? If so, how do you decide what contingencies to allow for? Is such overdesign cost-effective? What criteria could/would you use to decide to even implement such contingency planning? What does it cost you to not plan in this manner?