The fact of and the effects from the earthquake and tsunami that hit Japan in March 2011 horrify everyone.  The impotence of humans in the face of such forces should provide ample evidence that we humans are not as powerful as we like to think we are. 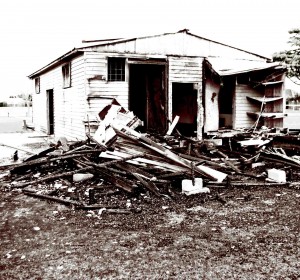 Not all the data are in, but news reports to date–aggregated across several media channels and technical venues–increasingly point to human error.  Such errors are not simply someone having made a bad decision to open a switch, for example.  Rather, the errors appear to have begun with the very design of the plants.  Certainly, not all factors can be taken into account, as not all unknowns are known (pace Donald Rumsfield), but indications are that poor decisions were made even in the face of known knowns.

Where, then, does responsibility lie?  Can we point to any one design or operational decision, and say, This was the core fault?  Is it possible to distribute responsibility across an organization as large as Tepco, the electrical utility that owns the reactors, and to go even beyond that organization clear up through the permitting, licensing, and political hierarchy necessary to be traversed as such marvels as nuclear reactors are built?

While this bit of narrative is specific to the Tepco plant situation, the same questions apply in any technical field:  Think Space Shuttle Challenger in 1986.